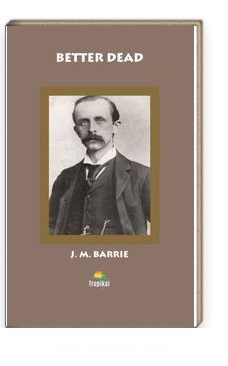 J. M. Barrie
|
TROPİKAL KİTAP
This is the only American edition of my books produced with my sanction, and I have special reasons for thanking Messrs. Scribner for its publication; they let it be seen, by this edition, what are my books, for I know not how many volumes purporting to be by me, are in circulation in America which are no books of mine. I have seen several of these, bearing such titles as “Two of Them,” “An Auld Licht Manse,” “A Tillyloss Scandal,” and some of them announce themselves as author’s editions, or published by arrangement with the author. They consist of scraps collected andpublished without my knowledge, and I entirely disown them. I have written no books save those that appear in this edition.I am asked to write a few lines on the front page of each of these volumes, to say something, as I take it, about how they came into being. Well, they were written mainly to please one woman who is now dead, but as I am writing a little book about my mother I shall say no more of her here.Many of the chapters in “Auld Licht Idylls” first appeared in a different form in the St. James’s Gazette , and there is little doubt that they would never have appeared anywhere but for the encouragement given to me by the editor of that paper.