Ana Sayfa » Üreticiler » Jack London » The People of the Abyss 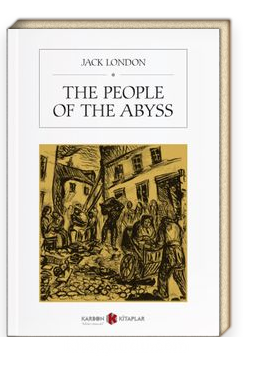 The People of the Abyss

Jack London
|
KARBON KİTAPLAR
Jack London’s The People of the Abyss (1903), his excoriating exposé of poverty in the East End of London at the turn of the twentieth century, is not an exhaustive survey. But his impassioned writing sets his work alongside any other in the genre.
He took his whole being, his humanity, with him into Whitechapel. He slept in doss-houses, joined poorhouse queues. Some years later, wealthy from the phenomenal sales of such works as The Call of the Wild and White Fang, he said: ‘Of all my books, I love most The People of the Abyss. No other book of mine took so much of my young heart and tears as that study of the economic degradation of the poor’.
-James Graham