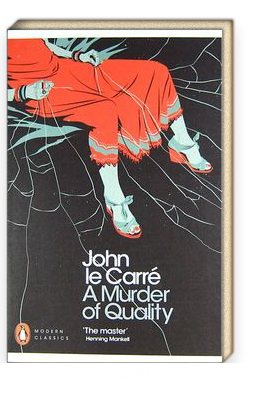 A Murder of Quality (Modern Classics)

John Le Carre
|
PENGUIN BOOKS
Stella Rode has twice disturbed the ancient cloisters of Carne School: firstly by being the wrong sort, with her doilies and china ducks, and secondly by being murdered. George Smiley, who has his own connection with the school, is asked by an old Service friend to investigate. Smiley knows that Stella feared her husband would murder her, but as he probes further beneath Carne's respectable veneer, he uncovers far more than a simple crime of passion.